Jan is a Hamburger crazy about football, zines and beer -i think i have the order right, if there is one.

We met in Athens, which he visited so as to attend the 2017 zinefest, visit the city’s zine library, watch local football and try local beers. We watched not one, but two games on the same day (Apollon Smyrnis vs. Trikala as well as AEK vs. Panathinaikos) and shared Fix, Alpha, Vergina, Septem, Noctua and surely more which i’m forgetting. 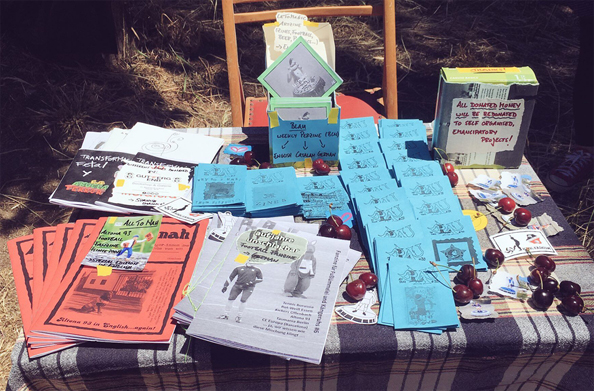 Jan started his first zine, All to Nah, in 2007, its content dedicated to football and his local FC, Altona 93. He has since released 26 “regular” issues and 19 special issues (“numbered” with letters A-S), 2 of which are written in English. In addition, he has released a cd with 14 songs dedicated to the club as well as vinyl 7″ with a few more footie related musical nuggets. Though the cd is loaded with better and punkier tracks, i could only find these online:

Bi uns in Altona by Jan Fedder & Die Big Balls and
Altona City by The Voltarenes, a ‘remake’ of Another Sunny Day’s indie-pop classic, Anorak City.

ah! here’s one of my favourite tracks:

Since 2015, Jan has also been publishing Letomagic, short for Letters to Marina Ginestà Coloma, a beautiful, mini art-zine with the following concept: Jan travels to a city with a zine library, visits the library, tries local beers, attends one or more football matches, and voilà! 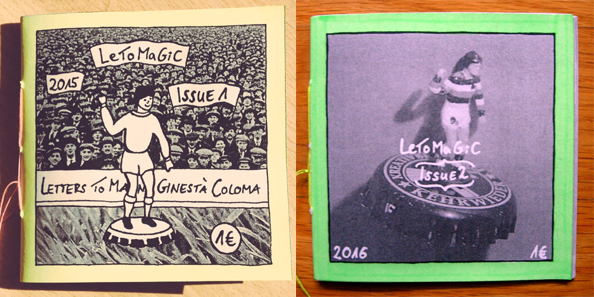 Issue 1 (sold out, so read it here!) went to Barcelona, London, Altona and Istanbul.
Issue 2 went to Brussels, Manchester, Forli and Berlin.

It should also be noted that all money generated by this zine is donated to self organized, emancipatory projects. Can’t wait for the 3rd issue, which is well on its way – have a fabulous time on your travels, Jan! 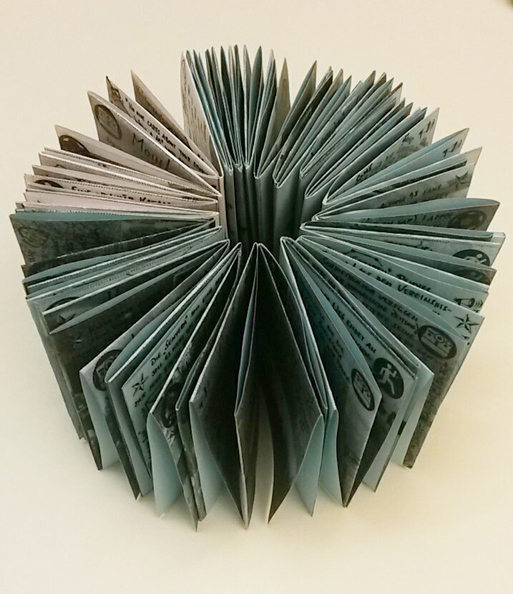 In August of 2016, Jan took a year off work and moved to Barcelona for its duration. Since he would miss a whole year of watching Altona 93 play and would therefore not be able to publish All to Nah, he started Blau, a weekly, one-page, mini perzine, so as to let older and newer friends, as well as his family, know what he’s up to. Most issues are in German, but quite a few are in English.